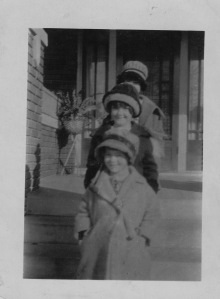 Sara, Mamie and Tiny, probably their last winter in the Strong Avenue house

Sara’s memoirs take us now from Greenwood to Jackson for a little over three years, but we’ll be returning to Greenwood in 1932. The Strong Avenue house will not reappear in these stories, so today’s blog is a tribute to a fine bungalow and the girls who knew it as home.

Howard’s album also mysteriously ends here. He left us a treasure trove of photos from about 1917 to 1927, but then it just ends. Maybe he was so thrilled with Son’s arrival that he dropped the camera. I’m grateful that Sara saved the album and for the photos which do survive, but I do so wish there were more. 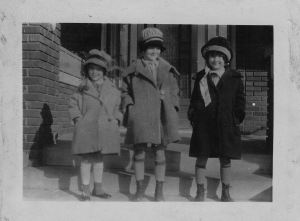