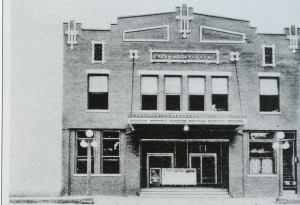 “Mama would sometimes let me invite a couple of friends to go on Saturday to the Paramount Inn, next door to the theater, to eat lunch and then go to the show. For fifteen cents we could get a hamburger, a drink, and a candy bar, and the movie on Saturday afternoon only cost six cents. They usually had a western movie on and always a serial such as Buck Rogers, who introduced us to our first taste of space exploration. Of course, then we scoffed at the idea that any such thing would ever become a reality. 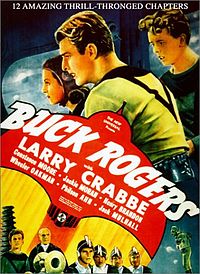 “Flash Gordon and Tarzan were also favorite serials, and we loved the ‘Our Gang’ comedies. Before every movie there was a comedy, with cartoons just beginning to be shown. 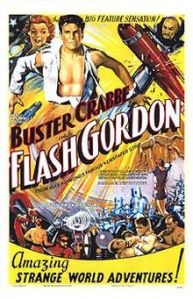 Then there would be the Pathe news, which showed scenes of world events which had taken place in the past week or so. That was the only time we saw the news in action, since there was no television.

“In 1934 I had the measles and passed them on to the rest. There were no antibiotics then or shots to prevent diseases like measles and whooping cough, and children were usually quite sick with these diseases. We had a regular hospital going with Mama and Big staying up most of the night nursing us. I was out of school for a month. Mama and Big always got upset because they remembered children who had died from these diseases.

“Tuberculosis was a real threat in those days, and anyone who was found to have it was sent to the Sanatorium in Magee, Mississippi for treatment. Mama didn’t want us around anyone who had it in their family. There was a Preventatorium in connection with the Sanatorium, and children who had someone with T.B. in the family or who were undernourished or sickly were sometimes sent down there to stay until they were fattened up. One time Tricia’s friend, Tootie, spent the summer there.”

Ed. note: “Buster” Crabbe and “Larry” Crabbe were one and the same actor, who also starred in one Tarzan movie. Versatile fellow. The Paramount Theater was built in 1912 by P.D. Montjoy and P.E.Schilling as the Greenwood Theater, featuring live performances as well as movies (see blog post May 17 2011, “The Evans Girls are Ready for their Closeup, Mr. DeMille.”). It burned in the 1970s. I am unsure of whether the Paramount Inn was in the same building.

The Preventatorium was news to me. It shared the campus in Sanatorium, Mississippi, now the Boswell Mental Health Center near Magee. The Preventatorium (who came up with that name?) functioned from 1929 to the early ’70s. How strange.