“Society was the most unpleasant part of my job, since it was next to impossible to please all the ladies. At that time the paper picked out about seven of the girls they deemed to be the most socially prominent and used their engagement pictures in a larger size on the front page of the Sunday section. Of course, every mother had deemed her daughter as one of the chosen ones, but the paper often had a different idea. It kept me on the spot as the mothers gave me all the reasons their daughters should make front page.

“Every year when the debutante season began and again when the big ball was held in late December I received a barrage of phone calls from the old ladies who served on the board, most of whom were fourth and fifth generation Deltans. They insisted that I give the Southern Debutante Assembly just as good a spot as the Delta Debutante group, which was older and held their parties in Greenville. When I told them I had no say so about where the stories and pictures went, the Board president told me she would just ‘have to use my pipeline through the editor who plays golf with my brother.’ I promptly told her to go right ahead since I did not have a pipeline.

“There was much jealousy between the two groups because the Southern Debutante Assembly had been formed when some of the board members and parents of debutantes got mad at the Delta Debutante Club when they had newspaper editor Hodding Carter, as Master of Ceremonies. Mr. Carter had expressed views which at the time were considered very liberal in Mississippi and had made a speech up north which they felt was not consistent with the feelings of most Mississippians, so they asked that he not be allowed to serve as MC at the December ball. Since Carter was very much a part of Greenville society, they were not about to remove him, and so several of the board members resigned and started a new debutante club centered in Greenwood. 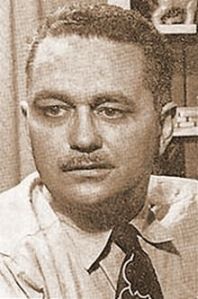 Our neighbor Kim McLean was making her debut that year. Her mother, being a Kimbrough, and her father, Hite, being a leader of the Citizens Council, were greatly disturbed about the MC but would not deny her the right to be a debutante, so they had someone else introduce her to society in place of Hodding Carter. Lenore, her mother, told me that we did not have to let our daughters be debutantes since she and I ‘were born into society.’ I told her if I was no one had ever told me about it.”

Debutante season peaks right after Christmas, and Sara would start wadding up before Thanksgiving. And wedding season, spring and summer, was almost as bad. There is something about mothers and college-age daughters and newspaper society pages that is a volatile brew, and Sara would get caught every year in the middle of unreasonable expectations. She actually lost some friends in the process, because she couldn’t magically turn a sow’s ear into a silk purse or elevate someone’s little princess into the upper echelons of Southern Society. She was not familiar with the term, “Get a life!” but I believe it would have come in handy more than once.

Lenore McLean was a dear neighbor and a memorable character, and she and Sara butted heads on occasion, over debutantes and ditch drainage and various East Adams incidents. She provided Sara one of her favorite stories with that comment about being “born into society,” a patently ridiculous observation that we enjoyed recalling for years. Sara found pretentious people boring and silly and she knew exactly where the Evans clan fit on the ladder of Delta families. Somewhere square on the middle rungs, holding up both the top and the bottom by just being decent.