“The Citizens Council had an office in downtown Greenwood with Bob ‘Tut’ Patterson of Indianola, one of its organizers, in charge. He took his text on the literature being used by churches and even the Girl Scouts and the textbooks being used in schools. One day he showed me pictures of riots in cities in other parts of the country and would point to nice-looking people in the streets and warn me that this would happen in Greenwood and that it wouldn’t just be rednecks involved but probably some of my good friends.

“He visualized white girls marrying Negro boys if the schools were integrated and made many other dire predictions. I sometimes felt that he and some of his cronies were disappointed when some of these predictions did not come true because if they had they they could have said, ‘we told you it would happen.’ 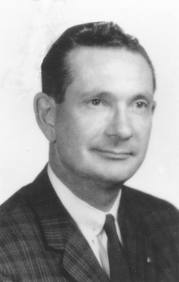 “Later when De La Beckwith was arrested for the murder of civil rights leader Medgar Evers, Tut told me that they were just crucifying De La and that he had nothing to do with killing Evers and [redacted, local businessmen] put up bond for De La. I always felt that even though some of these people would not have advocated killing, the statements they made probably influenced people like De La and made him feel that he was helping to save the Old South if he did the job.”