Our recent brush with snow and ice in Greenwood brings back memories of wintry weather on East Adams. It seemed that every year there was at least one truly useful snow event, although I’m sure my recall is faulty. Oh, but when it did happen, it was Christmas Day and the Fourth of July all wrapped into one big package. Cathy and I would hover at the kitchen window, praying and hoping that those fat flakes would continue to the point where Kathleen Bankston would declare “No School!” Sara was as excited as we were, pulling our Yankee cousin’s hand-me-down snowsuits out of the attic and cooking up vats of hot chocolate. Russell was always the voice of reason and gloom, with dire predictions that “Grounds too wet. It won’t stick,” or “Grounds too dry. It won’t stick.” I never did figure out his climatological methods and didn’t appreciate that he had to get out and drive in this mess, no matter how treacherous, because his customers needed pickles and ketchup, no matter what.

There was nothing in the world for a Delta child like waking up to several inches of pristine snow. The whole neighborhood emptied into front yards: Crisses and Gwins and Stiglers and McLeans and Eidmans and Shorts and Leflores and Toomeys, tumbling like bunnies in the drifts and hurling lumpy snowballs at each other until someone started crying and everyone realized that their fingers were starting to ache. By afternoon, someone’s dad had carried the whole crowd over to the levees behind Crosstown, where makeshift cardboard sleds soon wore out whatever snow was piled up there. And there was always one kid who, for some reason, had a real sled and a parent willing to hook that contraption up to the rear bumper of their car, sending us sailing down East Adams in a whirl of pre-litigation ecstasy. 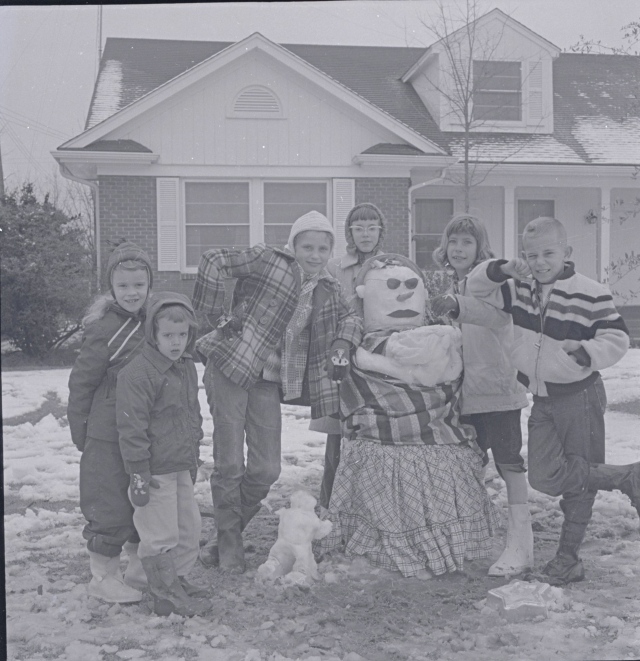 This has been a long and bitter winter in Greenwood and I hope it ends soon.  But I do hope for one more day, at some point in my life, to have a waxed square of cardboard on the levee,  just for one good run, one more time.