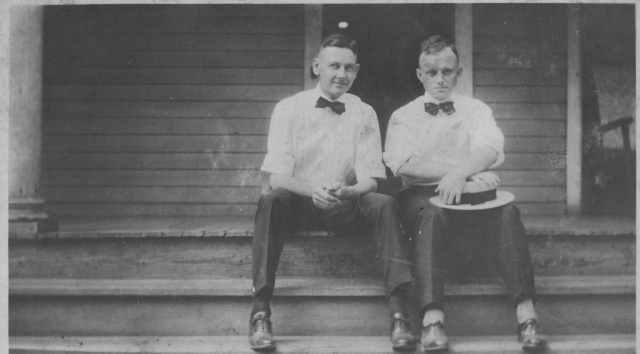 And another happy birthday to my grandfather, Howard Evans, who would be 120 years old today. In that picture above, he’s about 26 and climbing the corporate ladder with Proctor & Gamble’s Buckeye Cottonseed Oil industry. Within 2 years, he would be running one of their largest mills, just west of the Greenwood city limits, and that excellent job would allow him to make Jessie Evans’ dream come true.

It seems that Jessie, a child of the Holmes County countryside, had her heart set on a “bungalow” like the ones she had seen in movie star magazines. After years of living in rented rooms along Strong Avenue, Mississippi Avenue and on the grounds of the Buckeye, Howard and Jessie bought a shady lot on the far west end of Strong Avenue, right where the cotton fields began. The street was dirt but it was filling with nice middle class homes, and Jessie was pleased as punch to be building the “first brick bungalow in Greenwood.” 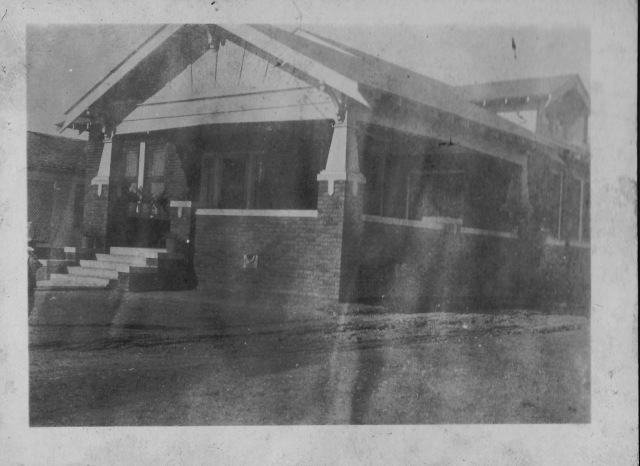 The Evanses and their three little girls moved into 1212 Strong Avenue in 1922. This cozy, comfortable house was the first home my mother, Sara, actually remembered, and she cherished her seven years there all her life. In 1929, Howard’s ambitions took the family off to Jackson and the beloved bungalow was sold. When Jessie and her five children returned to Greenwood in 1932, Howard was dead, and at least part of the family would share space with the Stott clan on East Washington for the next 28 years. The brick bungalow would be one of only two houses Jessie ever owned. 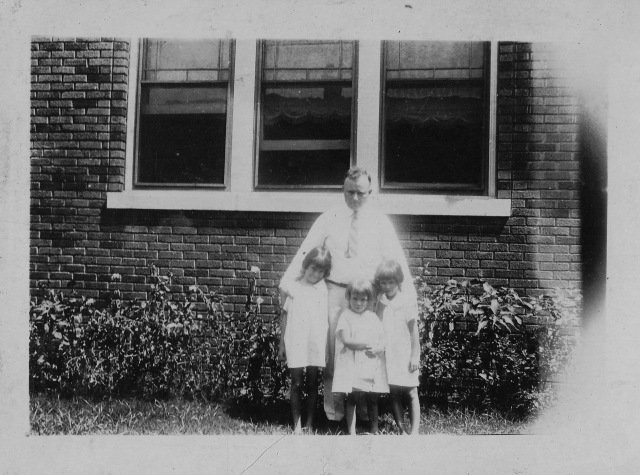 Howard with Tiny, Sara and Mamie, circa 1925

1212 Strong Avenue passed through many families and housed Greenwood Leflore Hospital administrators for quite a number of years. Its last role was as the WIC distribution center, but even that purpose dried up about ten years ago. All the time since, it has sat forlorn and empty, all but forgotten and quietly sagging in on itself. I got to where I avoided driving Sara down Strong Avenue, because she would look for the house, comment on its deterioration and the happy years she knew there, and then get very, very quiet.

As I mentioned last year on this blog, there’s a little glimmer of hope for the bungalow and plans are picking up speed. I hope to have good news, very soon.

Happy birthday, once again, Granddaddy. We’re looking out for your house.