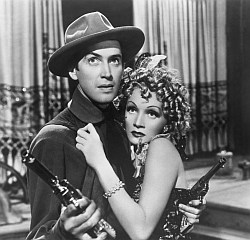 Marlene Dietrich did not live on East Washington, but she could have played some of the characters who did.

“Even though Mama so carefully shielded us from the facts of life, one could not grow up in that neighborhood without learning that all was not pure and innocent as little girls, ‘nice little girls,’ were made to think they were. There were always several affairs going on in town, with much whispering and gossiping about them going on by the ladies in the rockers on the porch.

“Miss Minnie [Minnie Attlesey, who lived next door to the Stotts]’s little row of rental houses attracted all sorts of people as did the big old two-story house with its apartments across the street. ‘Just look at that,’ Mama would say when the shoe salesman who lived in one of Miss Minnie’s houses would head up the back steps of the house across the street to see his lady friend while her husband was at work. She said the husband was supposed to be one of his best friends.

“Mama’s doctor, Dr. Gillespie, who was a bachelor, was seeing his nurse friend who lived upstairs in the big house. There was nothing wrong with that since neither of them was married, but the scandal was that Big, as she worked in the yard in the early morning hours, spotted him leaving and the ladies began whispering that he was spending the night over there. Their gossiping caught up with them when one of the neighbors happened to tell the nurse that Big had seen him leaving and that Mama had said something about it to her. The next thing we knew word got back to Mama, and her blood pressure shot up, and she was put to bed. Dr. Gillespie was called to see about her, and somehow she convinced him that she really had not talked about him, and he continued to be her doctor. 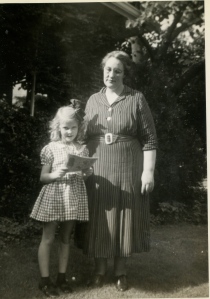 “We picked up tidbits about the prominent man being shot at by his girl friend in the alley behind the Cotton Association and the mayor being threatened with a lawsuit for his unseemly behavior with a young girl, whose mother was promoting her and her two sisters with men. Then there was the woman who passed the house every night wearing very tight clothes and spike heels and whom we called ‘Apey’ because we thought she had a face sort of like a monkey. The word ‘prostitute’ was a forbidden one, but it was all right to whisper ‘street walker’ which we were told was what she was. We would hide and watch to see if she got picked up, which she often did.

“Then there had been the girl across the street who had moved before we came back to Greenwood but who Big said was taken across the street by her ‘old mother’ to meet old Jeff Attlesey in the Chinese laundry. Later we heard them say that she had been ‘run out of town’ because of her promiscuity. I always wondered how they ‘ran’ someone out of town.”

Remember the old “Bewitched” TV show in the ’60s? And Gladys Kravitz, who stayed glued to her living room window watching Samantha the Witch’s nose-twitching antics? Living on East Washington seventy years ago must have been akin to having a houseful of Gladyses peeping from behind those Virginia creeper vines. I can remember the decrepit two-story house (was is yellow?) across from the Stott’s house on Washington, now the site of an auto repair shop. The rocking chairs and glider at the Stott’s would be filled with mothers and aunts and grandmothers and cousins while we played on the floor, and there was a steady buzz of commentary regarding activities across the street. My first awareness that some houses were something more than warm and fuzzy homes was in reference to that old place across from Big’s, and it seems odd that I have no memory of it being torn down.

I love the story about Jessie and Dr. Gillespie. Imagine starting or perpetuating a rumor that led to a medical crisis that had to be resolved by the victim of the rumor. I can just imagine Jessie in that dark front bedroom, lying in bed and staring at the ceiling and thinking , “Lord have mercy, how am I going to get out of this one?” Given the choice between dying of a quick and merciful stroke or walking into his office to face the music, she probably prayed for the former.