“Some of the boys were so young and had never been away from home. They were here so briefly, and you wonder what happened to all of them. I am sure many were killed because most of them went overseas as soon as they got their wings.

I sent a Christmas card to one, Bill Lupole, who I had gone to the show or out to eat with one night. I think he was from Pennsylvania. His mother wrote back that he was a prisoner of war after parachuting from his plane over Germany and that he had lost both legs. Another from Marshall, Texas, whom I had gotten a date with Mary to go along with me and one of my friends, Dan Waddell of Hendersonville, North Carolina, was killed soon after he went overseas. I’m sure there were many more.

“Money meant nothing to them except to spend and when they got paid some of them would stand at the slot machine and put their whole paycheck in the machine. Since I like to play slot machines, I had fun helping them spend it.”

“They would serve sandwiches down there and Mary, the helper, could make the best pimiento cheese we ever tasted. At the end of their stay at GAAF they would have a graduation dance. It was then that some of the wives we did not know about would show up. I guess we excused everything by saying that this was just war time and that things were different. It was like there was no tomorrow. 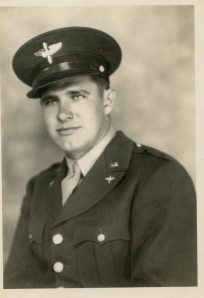 “One Saturday night at the Cadet Club, a group was seated at the poker table and most had had a few beers. It was late, and two of them got into an argument. A fight ensued and the table was turned over with all the money on it. Mama had to call the MPs to break it up. After that the table was removed from the Cadet Center. Most of the times things were pretty orderly, though, and Mary and I enjoyed going down there.” 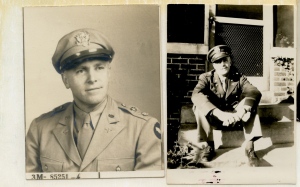 If you’re looking for an eye-opening site on the internet, Google “World War II Casualty Lists.” The National Archives has each state’s county-by-county breakdown of those killed in action, missing or presumed dead. It is stunning to see page after page after page for every state. I looked for these young cadets on their respective state pages and was relieved not to find their names, although I’m fairly sure they’re all gone now. I just hope they made it home safely and kept those wings that they began to earn in Greenwood, Mississippi.