“Many local girls found husbands at the base. A group was organized called the Military Maids. We all joined, but I never did go much to any of the USO or Base Functions. The Military Maids were carried on buses to the base for dances and other events, and it was there that many of them met their husbands.

Greenwood citizens employed at the Air Base.

“There was not much to do in Greenwood, and a lot of the fellows spent a good bit of time in the Post Office Cafe which was in the Irving Hotel Building. 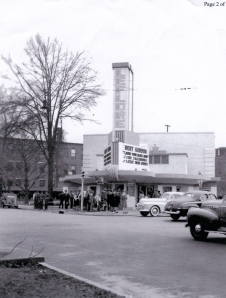 We had three theatres at the time, the Leflore Theatre, the Paramount and the Fran, which all did a thriving business, as did the Cotton Club south of town which had been the Rising Sun Club until the name was changed because they did not want anybody to associate it with Japan. It was run by the Malouf family, who had a gambling room in the back (into which we never dared to go) and they were wholesalers of liquor, which was illegal but plentiful through local bootleggers. They had dance bands at the club and foot and it was a fun place to go.

“The war years were really boom years for Greenwood. Everyone had jobs, the economy was good. There was no vacant rental property, and Wallace Johnson, a building who later helped start the Holiday Inn chain, built sixty little houses on West Adams and West Monroe to ease the housing shortage. It was those little houses Russell referred to when Cathy and Mary Carol were coming along and wanted more than we could afford and he threatened to move them into one. Cathy later said she was always fearful that he was going to carry out that threat.” 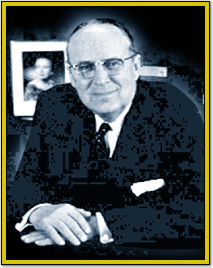 Just for the record: I never worried about being relocated across Grand Boulevard to West Adams or West Monroe. As best as I could tell, it was a Baby Boomer’s paradise, with children spilling out of every little house and funneling down to Wagner Park. And, to Wallace Johnson’s credit, those homes are still standing, occupied and generally in good shape. As are the Holiday Inns around the country and around the world, after a period of decline and rebirth.